Warning: count(): Parameter must be an array or an object that implements Countable in /homepages/31/d568846906/htdocs/wp-includes/post-template.php on line 284

Why Do We Resist To Change?

A change process is not only a rational process; it is more than that. As human individuals, we head toward changes unintentionally but many times we are pushed to.

As a result of change initiatives, we resist against them although this kind of behaviors are not exclusive in change situations.

As managers of change and facilitators in different organizations for these processes, we know that very often, changes, become problems more than a solution. We invest great efforts changing things for the better, but in spite of progressing and changing, most of the time we find the resistance of others. Responses to a change initiative can include at the same time both positive and negative reactions.

Change has itself connotations that provoke on us emotions.

Enterprise’s life is full of moments of ambiguity and uncertainty, and the concept of common sense has gained importance when we face all these situations. Common sense is the process through which individuals seek to clarify what is going on when they encounter moments of ambiguity or uncertainty. It is a cognitive and conscious process about the meaning of change. As humans we try to use that common sense to understand better what is going on around us.

Change is a concept in which we consider what it changes and what remains the same. It will be influenced by our perceptions. When we face a change, ¿what do we consider? ¿behaviors, relationships, or more the change context we are in?

It also happens that when changes are proposed, sometimes are faced with enthusiasm. We believe they will deliver knowledge, new ways to manage things, but at the end nothing happens.

We are aware of the fact that smoking is very dangerous to health and we are advised about the consequences, through TV and radio messages, magazines, even in a pack of cigarettes. We are also very well aware that being overweight might also cause serious diseases. On the other hand, we know that sport is very beneficial for the body. But to move from that awareness and knowledge to real action is very difficult for almost everybody. Sometimes we succeed for a certain period of time, but it costs a lot of effort. It seems that it is even more difficult to maintain the change after a while.

That’s why Muvens considers of a great importance implementing those processes and consolidating changes that our customers face together with us.

However, under our point of view, challenges presented by changes to leaders and employees, for most of them, is not a problem to wish for them. Most of them are facing the lack of capacity to close the gap between what they wish to do and what are really able to do.

Most of the times this comes from our experiences, what is hidden in our subconscious and how we perceive the things, how we see ourselves and how we manage our relationships.

Resistance is a manifest and conscious behavior within a given social context. It refers to interconnections between cognitive, emotional, and attitudinal components.

For all of the above, change resistance is not only a behavior. It is more than this. We can’t only consider it as a conscious statement of our mind, or a predictive process, or a response to the real.

What it makes us to resist to the change is our own representation and perception of the reality. I remember very well when I was leading projects as International Project Owner. There was a common factor in all of them. They had a standard procedure (Project Realization System). This increased the effectiveness of the project teams. When some team was facing some difficulty, for example, designing some part, they could give a quick fix or they could address the fundamental sources of a problem.

Teams solved the situations by their own applying a quick fix, although they had been much more effective if they had searched the source of the problem that had led them to solve for all the teams. They always were under intense time pressure, so quick fixes were the norm, often without known synergies with the job done by other project teams.

Each team did what made sense for them, but no one could be aware that what they were doing could impact the procedure applying for all the teams. One day, one of the project leaders said, “what are we doing to ourselves?”. The key word in this statement was “we”. When they talked about “we”, there was clear assumption that this situation was affecting to the procedure and furthermore to all the teams.

Up to this point, accountability was always of the other teams, their bosses, not enough time, and few resources. When they became aware of everybody were responsible in the way they were managing, the change could be faced with enthusiasm and determination without resistance.

Change is only possible for any of us after we recognize our own problems and limitations. We're not around right now. But you can send us an email and we'll get back to you, asap.

This website uses cookies to improve your experience. We'll assume you're ok with this, but you can opt-out if you wish. 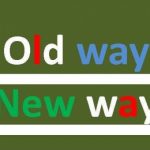 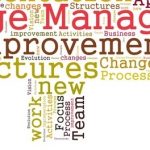